In the late 1970s and early 1980s, to think that we would be here to celebrate 60 years of the E-type and to be able to say that this iconic Jaguar is still going strong, would be almost inconceivable.

The final Series 3 cars had been a tough sell for Jaguar and some of the, now much prized, earlier cars were being dismantled for their components. Jaguar had all but given up on the parts supply, thinking that this relic of the swinging 60s would be forgotten, along with the mini-skirts and flares.

Yet, it was in this period that SNG Barratt was founded, initially from the garage, garden, and kitchen table of the home of Stephen and Hazel Barratt in rural Shropshire. Stephen had owned an E-type and, on struggling to find the parts he needed to keep the car running, had purchased another car as a donor vehicle. Once he had taken off the parts that he needed from the donor, he put an advert in a local newspaper offering the rest of the parts for sale. The phone started ringing and never stopped.

Eventually, in the early 1980s, they decided to take the plunge, packing in their day jobs, buying a small warehouse outside Wolverhampton and taking on a couple of people to help out as SNG Barratt was formed.

As parts from donor cars and scrap yards became ever scarcer, Stephen and his small team started to source E-type parts for themselves, either finding the original manufacturers from within a growing network of contacts and suppliers within the West Midlands area or by re-manufacturing them from scratch if needed. Amongst the earliest parts to be re-tooled were the boot springs and the exhaust manifolds, both of which are still manufactured by the company today and, in the case of the manifolds, were retooled for a second time in early 2020.

The years that followed were hard but exciting times, with Stephen and his wife Hazel building up the business in their spare time as both had full-time jobs. Weekends were spent at scrap yards, while their young children became accustomed to the hustle and bustle of a Jaguar Spares Day or the Beaulieu autojumble. 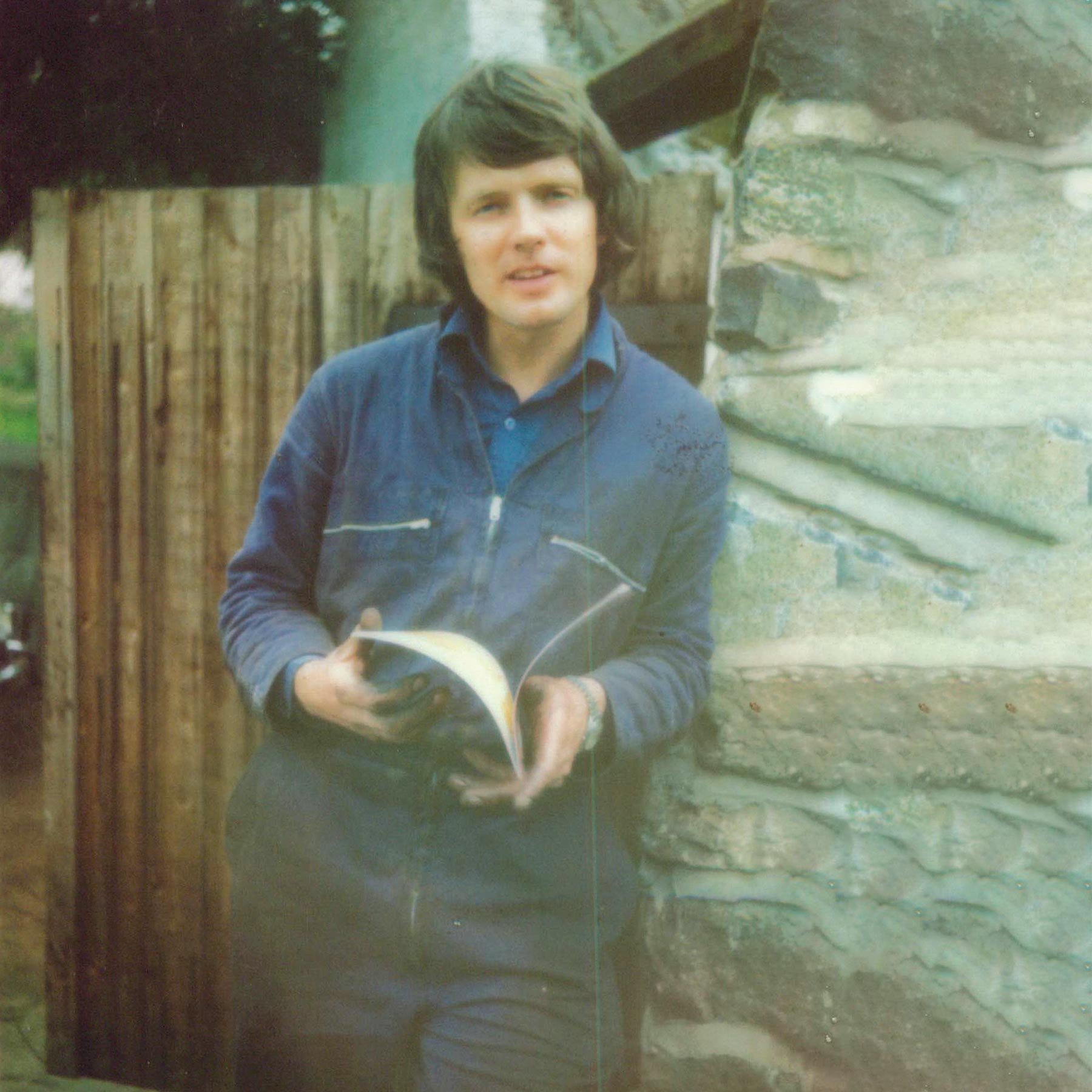 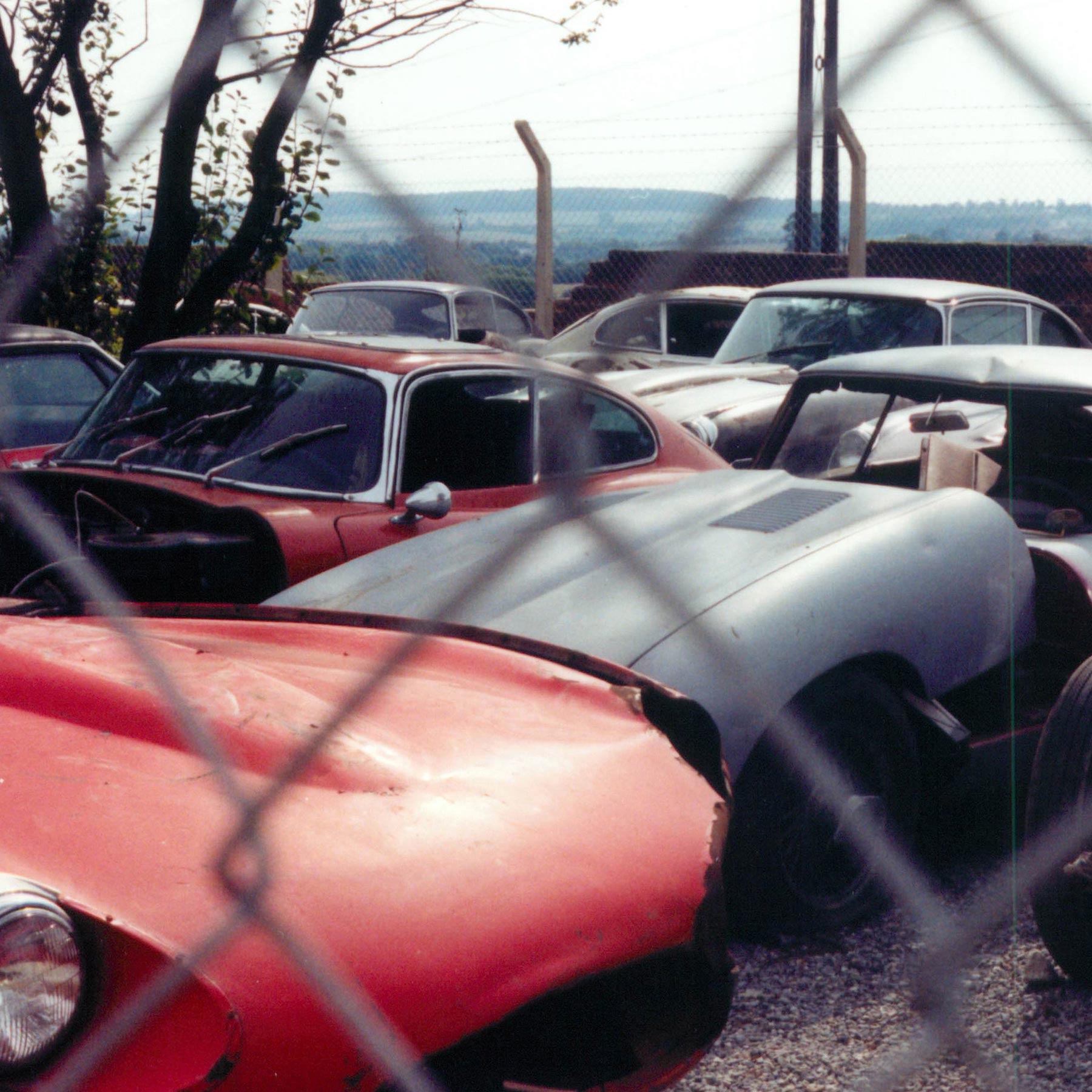 The 1990s was a time when the company really set down the roots that put them into the position they are today.

During this period, SNG Barratt purchased manufacturing and assembly firm Sovy, a parts supplier to Jaguar, Land Rover, Bentley, Aston Martin, Bristol, and other British car firms. The existing Sovy range, including brake and clutch fluid bottles, was continued alongside a raft of new lines from a growing in-house assembly team specialising in low volume, high mix production. These parts included washer bottles, mirrors, exterior lighting, switchgear, ignition systems, and wiper motors, all of which contribute to the many 1000s of parts that are still made at SNG Barratt HQ today.

The location of these headquarters changed in the late 1990s. The old Wolverhampton site was taken over by the government, making way for the construction of a new motorway and so the company moved to a new site in Bridgnorth, which also had room to grow.

It was around this time that SNG Barratt introduced fabrication work when a couple of welders joined the team and started making products that were not available elsewhere. As the scope of work grew, the new premises allowed the in-house fabrication team to expand from simple welding and brazing jobs to small press work and cutting/forming operations.

The early years of SNG Barratt proved to be the simple building blocks that allowed the company to grow, but it was the E-type’s enduring popularity that proved equally as important in the development of the business.

And growth didn’t just come along without risk. In hindsight, the reintroduction of many of the parts at the time was a huge risk that caused many a sleepless night. After all, the company at that time was just a handful of people with a few big ideas who were trying to create a range of parts that were originally manufactured by Jaguar, a huge operation with 1000s of staff that would dwarf the resources available to the Bridgnorth-based team.

Every time a “green light” was given to bring a product back to market, it would mean thousands of pounds being invested in tooling and production runs. To most manufacturers at the time, this would have been a drop in the ocean, but to a fledgling SNG Barratt, this meant tying up large sums of money in many years’ worth of stock.

Were there errors along the way? Of course. No business owner would tell you otherwise. Anyone who got their hands on an SNG Barratt version of the USA spec E-type Series 3 rubber over-rider in the early 1990s would also attest to the fact that not everything was perfect. With that particular example, however, the fact that we got those parts so horribly wrong may just have encouraged owners of those cars to remove the original monstrosities and fit a Euro-spec bumper instead! Every cloud… 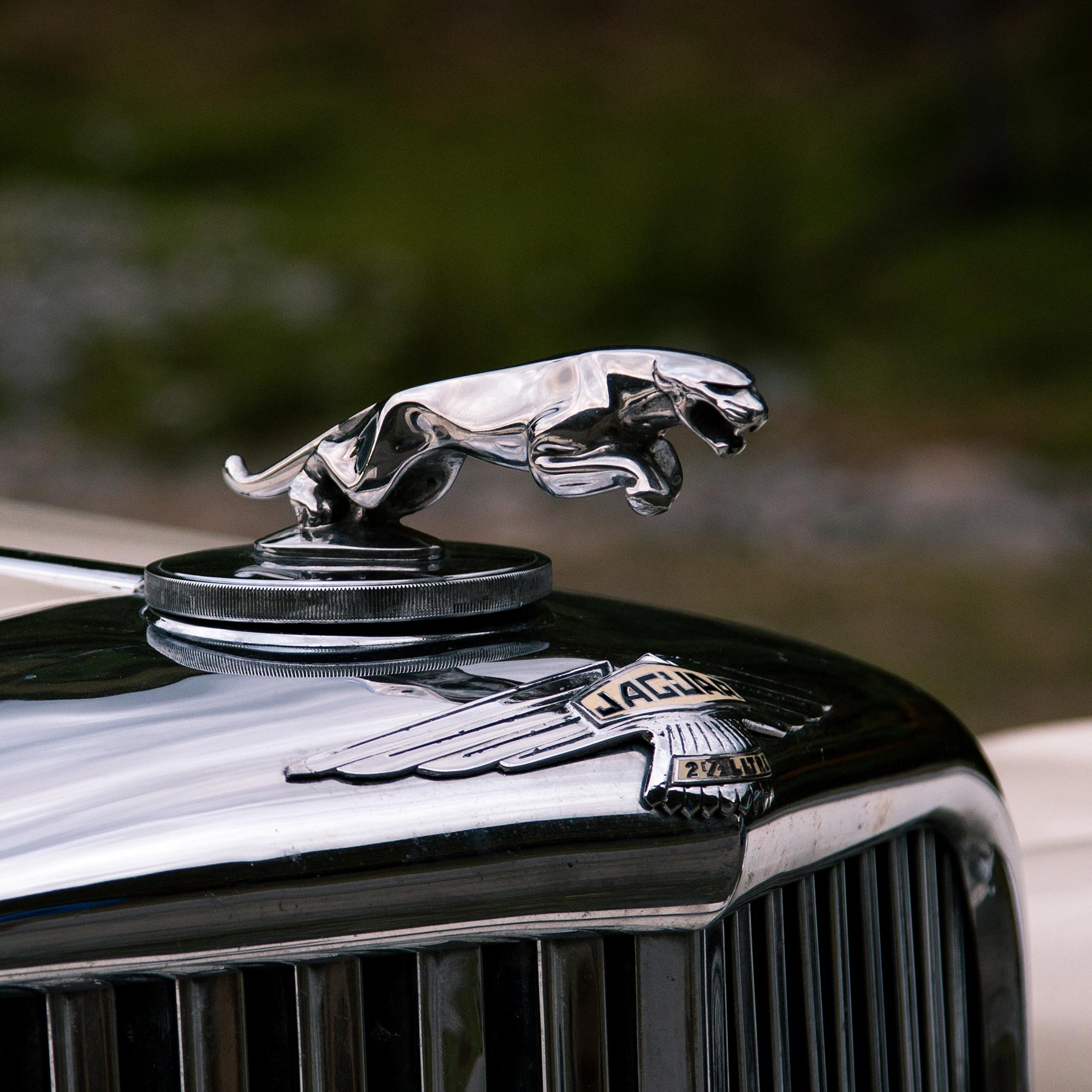 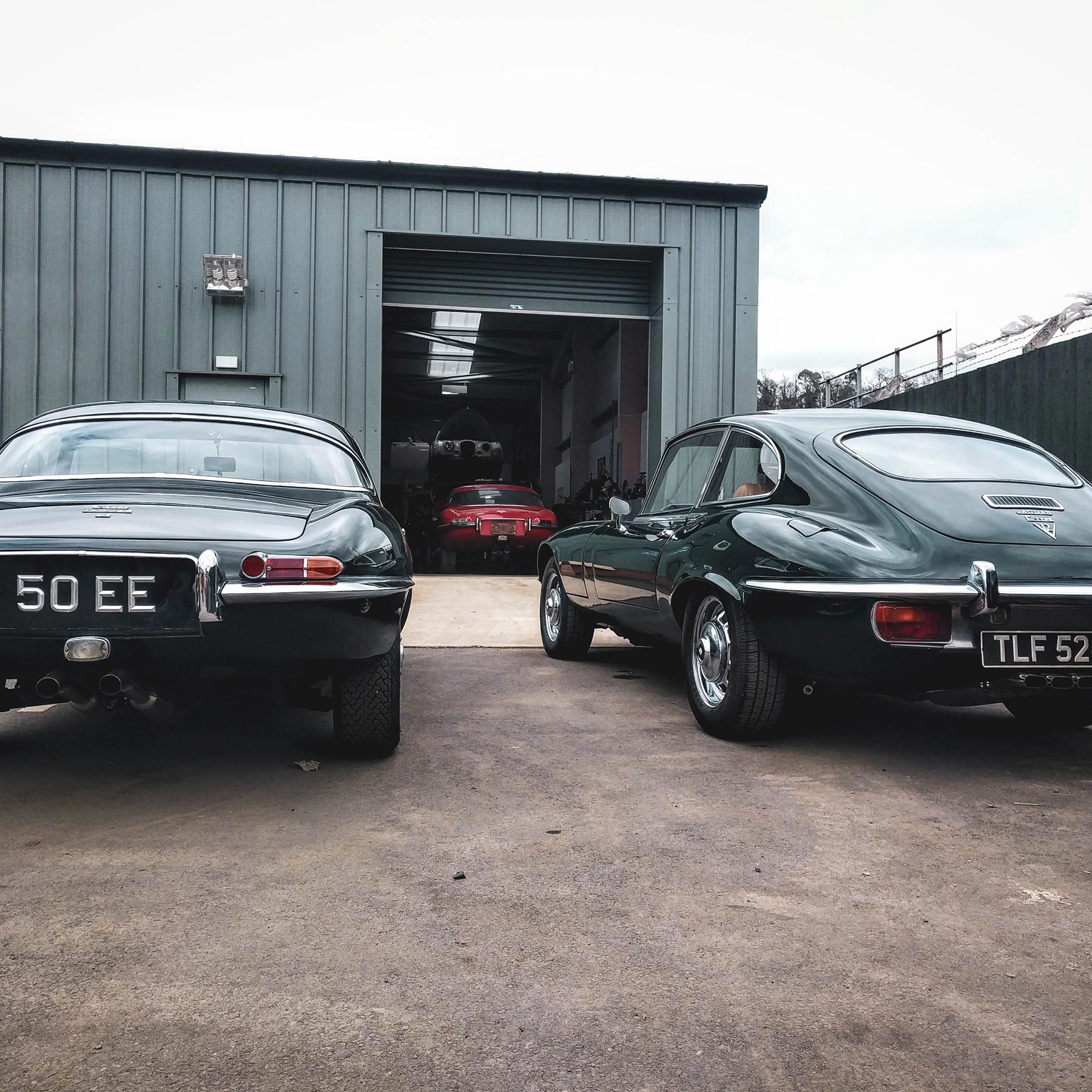 As the popularity of the E-type remained strong all over the world, opportunities to expand SNG Barratt into other territories lead to the opening of new branches in the USA, Holland and France.

During this time, Stephen and Hazel’s son, Julian Barratt, joined the team full-time after many a school holiday spent assembling light units, wax oiling manifolds and manning the phone lines.

As the company moved into the 2000s, SNG Barratt introduced catalogues to showcase the huge range of products that were available, having previously relied upon price lists or simply word-of-mouth. The first was a 300-page classic called “The Ultimate Jaguar Parts Catalogue”, which is still used as a reference guide today by some members of the sales teams, despite being long out of print. This was followed by a range of more specialised catalogues including a special edition for the E-type 50th anniversary in 2011. And despite SNG Barratt distributing this catalogue for free at the time, this gold-coloured special issue has since become something of a collector’s item on eBay, selling for good money too!

The 50th anniversary in 2011 also saw the arrival of 50EE at SNG Barratt, an E-type Series 1 Roadster that the company decided to restore as part of the celebrations. It was intended to be used as a show-car to demonstrate the parts we could offer, but over the years that followed, the car became much more important to us than a simple marketing tool, covering 1000’s of miles road-testing numerous new products and now an integral member of the SNG Barratt family. Today, we own many different Jaguar models that are used for road-testing new products.

This is an important part of the SNG Barratt DNA where we continually strive to understand the challenges faced by owners of Jaguar classic cars in the modern world and ensure the latest advances in technology and modern engineering are applied to our parts.

Today, SNG Barratt continues to be run by Julian Barratt. The company has come a long way since those early days of clearing parts off the kitchen table so dinner could be served.

With a team of over one hundred people supplying tens of thousands of parts all over the world, the company is dedicated to keeping Jaguars on the road. In-house production combines time-honoured manufacturing skills with new technologies, such as 3D printing and scanning, to keep the quality and availability of parts as high as possible for customers far and wide, ranging from enthusiasts in their garage to large OEM manufacturers such as JLR and Aston Martin.

While the business now supplies classic and modern Jaguar parts right up to the current F-type, it is the 1961 masterpiece that got us off the ground and will always hold a special place in our hearts.

The classic car movement owes so much to the E-type and the E-type, on its 60th anniversary, owes a lot to the people at SNG Barratt.

Close Menu
We use cookies on our website to give you the most relevant experience by remembering your preferences and repeat visits. By clicking “Accept All”, you consent to the use of ALL the cookies. However, you may visit "Cookie Settings" to provide a controlled consent.
Cookie SettingsAccept All
Manage consent

This website uses cookies to improve your experience while you navigate through the website. Out of these, the cookies that are categorized as necessary are stored on your browser as they are essential for the working of basic functionalities of the website. We also use third-party cookies that help us analyze and understand how you use this website. These cookies will be stored in your browser only with your consent. You also have the option to opt-out of these cookies. But opting out of some of these cookies may affect your browsing experience.
Necessary Always Enabled
Necessary cookies are absolutely essential for the website to function properly. These cookies ensure basic functionalities and security features of the website, anonymously.
Functional
Functional cookies help to perform certain functionalities like sharing the content of the website on social media platforms, collect feedbacks, and other third-party features.
Performance
Performance cookies are used to understand and analyze the key performance indexes of the website which helps in delivering a better user experience for the visitors.
Analytics
Analytical cookies are used to understand how visitors interact with the website. These cookies help provide information on metrics the number of visitors, bounce rate, traffic source, etc.
Advertisement
Advertisement cookies are used to provide visitors with relevant ads and marketing campaigns. These cookies track visitors across websites and collect information to provide customized ads.
Others
Other uncategorized cookies are those that are being analyzed and have not been classified into a category as yet.
SAVE & ACCEPT